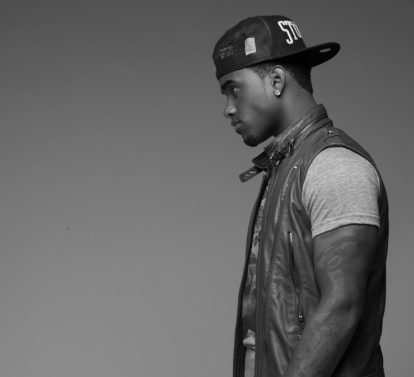 Cecilio Joseph (born June 25, 1991), who records under the mononym Fame, is an East Brooklyn hip hop artist and soul vocalist.   Raised by a single mother, and now barely twenty, Fame’s energy and upbringing blends like his music- full of likable melodies, fine rhymes, and a knack for the devil in its details.  Blessed with multifaceted rap and vocal talents, Fame pushes the bar to new heights while throwing down a gauntlet in the hybrid rapper-singer scene now taking center stage in urban music’s collective consciousness.

Because the credibility of a single artist who raps and can actually sing bucks detractors who believe one should only do one or the other,  it was thought at first that listeners would be hesitant to hear Fame’s real talent.  However, the reaction for most hasn’t been as polarizing as originally expected, in fact, its been the opposite.  If its hot, its still hot.

“I’m glad the response to what I do has been so positive for the most part.  I’m definitely influenced by the golden era of hip hop and conscience lyrics.  At the same time I gravitate towards more musical elements with an energetic rawness.” Fame next says with a grin, “then again, sometimes you just gotta spit the dirty truth.”

What makes Fame’s music stand out, besides the catchy parallel metaphors, rhyme schemes and twisted resolutions, is the fun he effortlessly infuses into his tunes.  Highly influenced by the clear annunciation of Jay Z, Biggie, Fabolous & R. Kelly, he also draws upon the styles of the Red Hot Chili Peppers, Sublime, and retro-80’s sounds.   Add that he writes, records and performs most of his own composed hooks and choruses, and you might believe its not enough today to only have enough talent for rap.  “Basically, I like party records, and love songs... why not combine both in a single track?”

In October 2010, MBK Entertainment agreed, and signed Fame to a management and production deal.  He’s since locked himself in at MBK Studios in midtown Manhattan writing and recording with a variety of producers.  His next goal is to release a mix-tape in early 2011.

With lyrics and wit so apparent, its also easy to forget that Fame is so young.  None was more obvious when recently asked what inspired him to chase down his dream, (he personally acknowledged to be shared by many.)  Fame accounted for a time when he was only 16 , being in the wrong place at the wrong time resulted in injuries that included a wired-shut jaw, a stockpile of emotion and words amassed inside his mind.  “It was then, without being able to talk to anyone that I became depressed, like after 2 months,” he says.  “The inspiration and ideas for my own songs began to build-up inside me like a reservoir.”  He also added, “When I got my jaw back, and was finally able to speak, I didn’t take my privilege to communicate with my voice for granted.  I worked hard and not just in choir practice, or at rap battles, but to seek the best quality of music to wrap my words around... it takes an incredible amount of hustle and patience to find the highest quality of music collaboration.  When I sometimes couldn’t find the sound I was looking for, I made up my own.”  Lookout for this catchy flow-smith/singer’s own this winter 2011.

Fame is the next master of the mix

BET and Music Matters does it again, bringing you the best in up and coming talent!! Come see MBK Entertainment's own FAME rip the stage!! For table reservations call 212.982.0740